How Vera Made
Your Life More Colorful

Seems like everyone—not just the fashion crowd—is suddenly talking about the intersection of art and technology. The Met’s upcoming Costume Institute exhibition, Manus x Machina, will celebrate it. And Clinique will, too, with limited-edition makeup bags featuring works by the first American artist to combine art and technology on a massive scale: Vera Neumann, an icon of mid-century art and design.

Vera also happens to have been one of the first self-made female millionaires, thanks to that trailblazing business concept. When she founded her namesake company in 1947 with her ad-exec husband, George, fine art was either shown in galleries or collected by the wealthy. But Vera believed that everyone should be able to live with art. “Our philosophy was…pure design married with pure technology,” she once said. They began to print her original paintings onto pieces that anyone could own—think bed sheets, kitchen towels, dishes, and vases. Household items that had always been plain and restrained were suddenly available in Vera’s color-bursting patterns. “We have so many problems in the world,” she said. “Color brings just a little bit of joy into our lives.”

Vera also made headlines in the fashion industry. Her classic 1960's dresses, blouses, and jumpsuits were a must-have at the time, designed with prints that reflected her travels to India, Africa, Europe, and East Asia. Her scarves were an of-the-moment obsession, too.  Even Marilyn Monroe had a collection of Vera scarves, and fashion photographer Bert Stern photographed her wearing one (and nothing else!) in the final photo shoot of her life. Marilyn’s Vera Neumann collection was sold at a Christie’s auction of her estate in 1999.

When we say Vera was a prolific artist, it’s not hyperbole. We’re talking about a woman who painted every day while overseeing a staff of 200 to produce 130 patterns per season. Why so much…of everything? “If you don’t change the art around you, it becomes less important to you. After a while, you don’t see it at all,” said Vera. She had the original lifestyle brand. Somehow, Vera understood before most that “people want to feel or express emotions in their clothes and furnishings. A bland cocoon is a dull existence.”

Vera lived life on her own terms and remained true to her vision. If she needed to travel alone through India for creative inspiration, she did it. If she wanted to learn a new painting style or prioritize her grandchildren, she found a way to do that, too. She was fearless, authentic, and confident. She was a person of action. And it all comes through in her art.

The world mourned the loss of Vera in 1993. Fortunately, The Vera Company continues to make her colorful imprint on today’s world with selective collaborations. Whether it’s 1966 or 2016, her creations make people feel happy and vibrant. That’s exactly why Clinique choose several of her patterns to use on its limited-edition Vera cosmetics bags exclusive to Macy's, which feature versions of her iconic poppies, watermelons, butterflies, and sunflowers (no longer available). And since no Vera piece is complete without her signature ladybug, we made the compacts, too. Love, love, love. 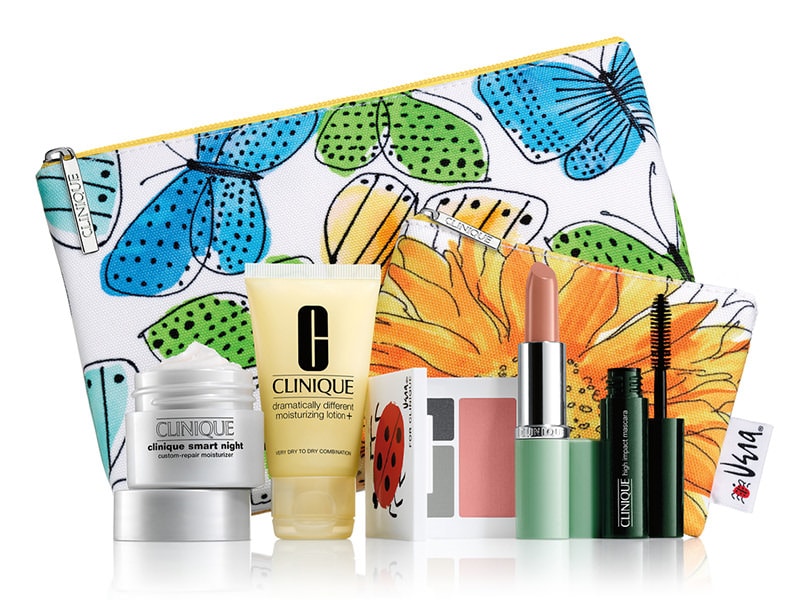 Did you know that life wasn’t always in Technicolor? Get inspired by one of America’s first self-made female millionaires: artist Vera Neumann.

Did you know that life wasn’t always in Technicolor? Get inspired by one of America’s first self-made female millionaires: artist Vera Neumann.